Kalexpress was established in 1995 by Tim Sullivan, who began operating as a sole trader.

If you would like more information about the services provided by Kalexpress/Quality Transport Service or Sullivan Logistics, contact Tim Sullivan on 9358 1666, or after hours on 0418 908 826. 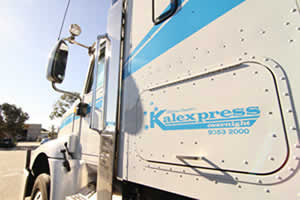